Snowy Owls are migratory birds that fly down during winter months from the cold northern parts of North America. 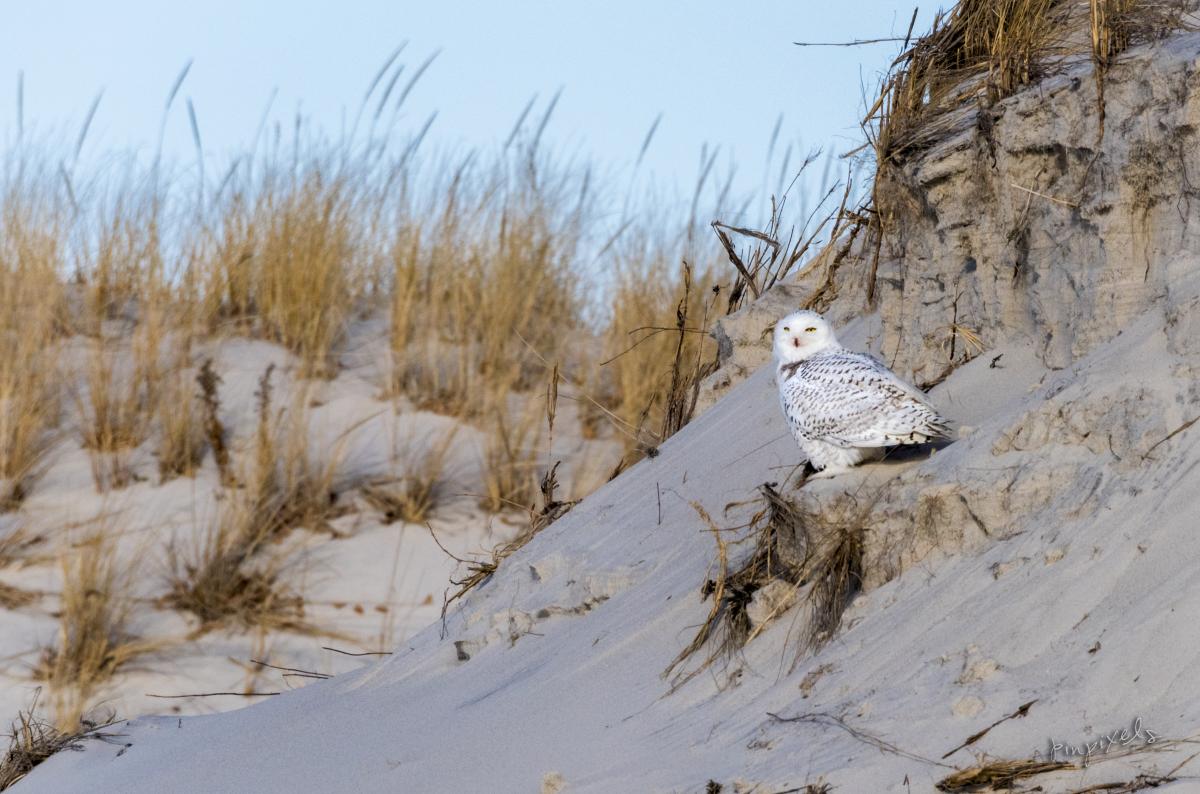 Here is one of the captures from an extremely cold morning. If you look closely, the beak of the bird is red. One of the photographers told us that this cute looking bird just had his breakfast. You won't believe the next sentence- "He had just ripped apart a duck for his meal"!

We missed the real rare action but that is ok, this missed event has already seeded in determination and a thirst for similar witnessing! 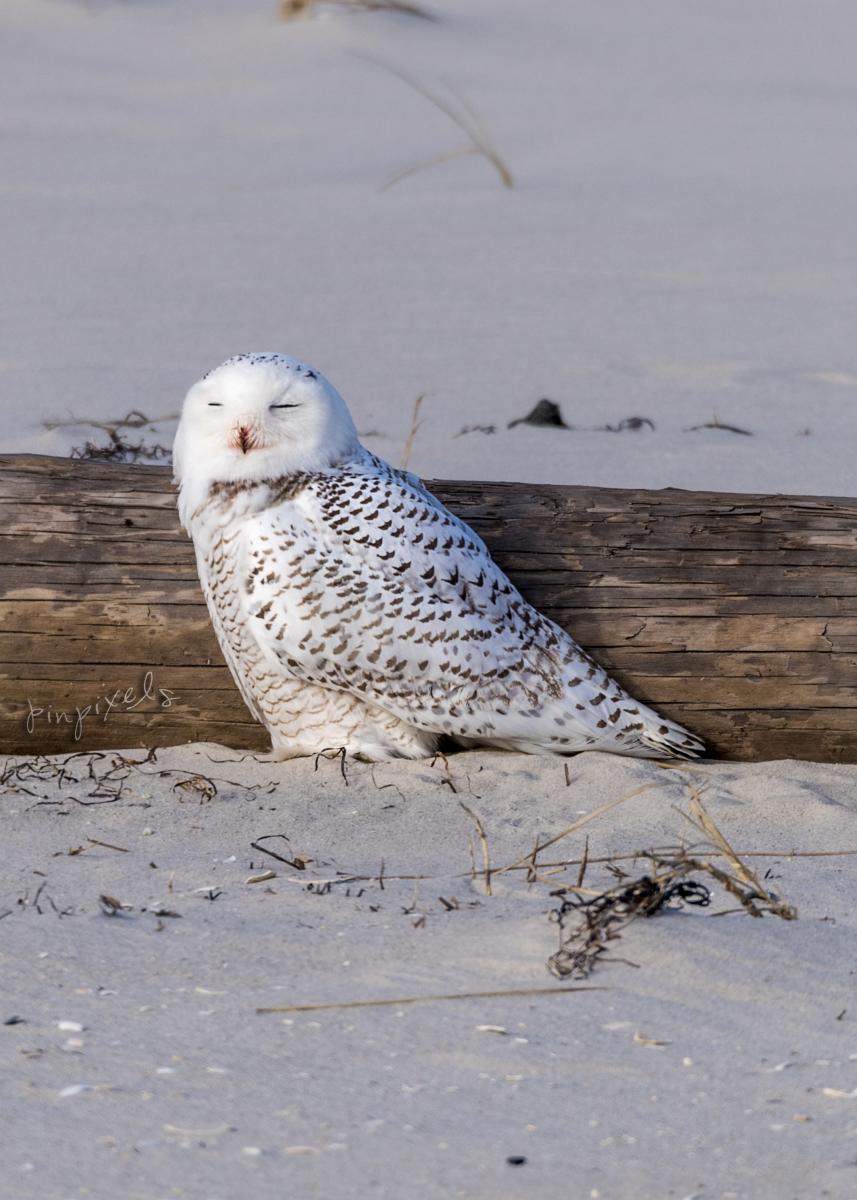 We got lucky to be informed about the owl's visit to New Jersey and head to the park a few times. Never were we alone, there were many other photographers who were at the location at any given time. The news had obviously spread and all enthusiasts showed up with their gear.

Snowy owls, in their natural habitats, do not get to see many humans, so as they fly into populated areas, they don't tend to show too much fear from us. This is a good thing, but at the same time, some people do not realize that by approaching the bird, you may be putting it's life in danger and as a result when the birds get startled they fly away, sometimes into busy roads and get injured or get killed. Extreme caution is required when shooting a snowy owl and always take your telephoto lenses so you can take pictures from as far as you can, to not disturb the bird and put any pressure on it. 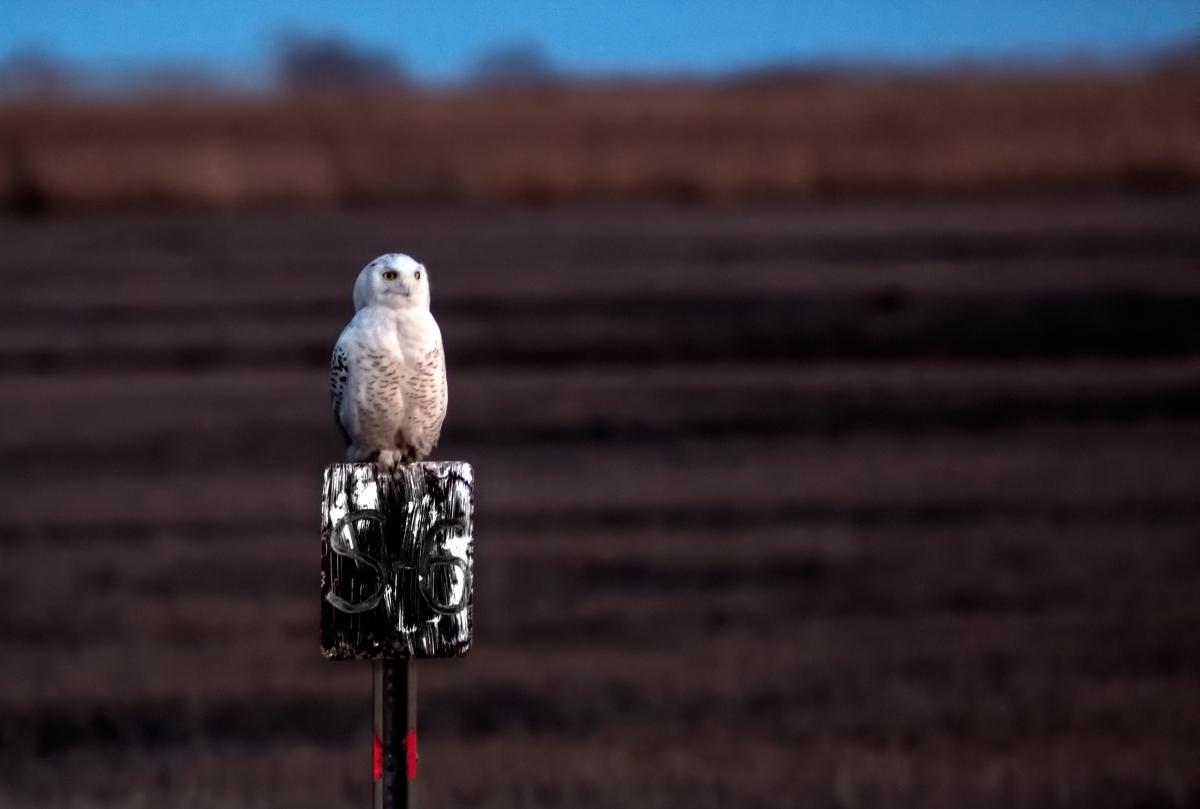 Raakesh is a photo enthusiast and a lover of the outdoors. Blessed to have friends who share the passion, he is now unstoppable and is found with his camera whenever he gets a chance. He has been shooting with his Canon cameras for the past 2 decades and is super excited to work on this website and give you a glimpse of all the wonderful experiences that we share with our cameras. The first camera he held was a Canon SLR that his father gifted him recently after seeing his passion for photography.
Related Articles:


To report a wildlife sighting in New Jersey, please send us a message using our NJ Wildlife Sighting Form.

Photography is an art of observation. It's about finding something interesting in an ordinary place... I've found it has little to do with the things you see and everything to do with the way you see them.
Elliott Erwitt

All Time Most Popular